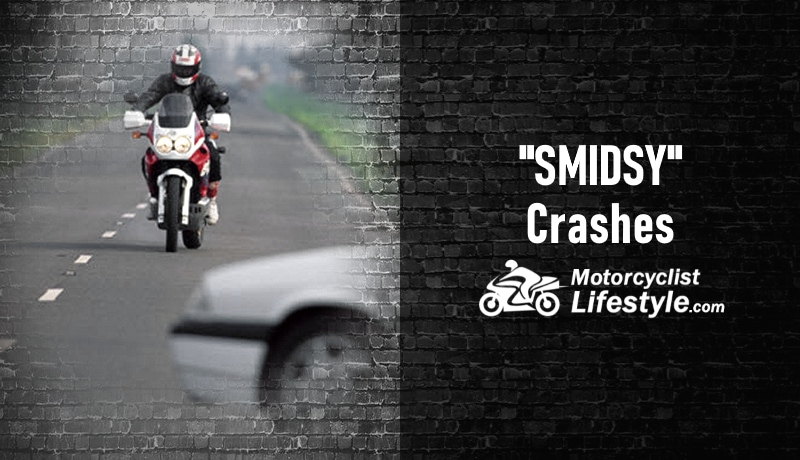 “Sorry Mate, I Didn’t See You” or in short SMIDSY.

If you are wondering, what’s this all about? Well, it is about the SMIDSY crashes. I am sure many of you are already aware of this. If you are not, then don’t worry! We are here to let you know all about SMIDSY crashes.

A SMIDSY crash is a term generally used for a crash between a motorcycle and a car. Scientific studies and many surveys showed that car drivers really can’t see us while passing by. We assume that car drivers really don’t care about us motorcyclists and they don’t mind hitting us. But that is not true. No one would hit you intentionally and cause extensive and expensive damage to his/her car.

Think about it. Why would they hit you intentionally?

If you can’t think of any good reason, then you must accept the fact that it is difficult for car drivers to see us on the road. The scientists found the reason behind this. The scientific principle behind SMIDSY is called saccadic masking.

Saccadic masking is a phenomenon in visual perception, which is also called saccadic suppression. A saccade is a very fast eye motion that is related to speeding. Since it relates to speed, there is a blurring image on the retina, which is of no use because our eyes have a mechanism to stop the process of blurred images that results in a person becoming effectively blind during a saccade.

If you apply this phenomenon on the road while driving, you will see that when we look left and right at an intersection, there are blind spots in the vision that hide small objects. Here is another example you can see for yourself. Go to your bathroom and look at yourself in the mirror at close range. Now, look from one eye to the other, you will notice that you can’t catch the movement of your eyes.

See Also: How to Safely Overtake on a Motorcycle?

In another scientific study, it explained that while driving, we have perception problems. We believe the object that looks bigger is close to the object that is smaller. Moreover, pedestrians and motorcyclists are the ones that look small while driving. Plus, a motorcycle has high acceleration, it becomes very difficult to calculate the exact distance and speed.

The result, car drivers think they are going to arrive much later than they actually do. 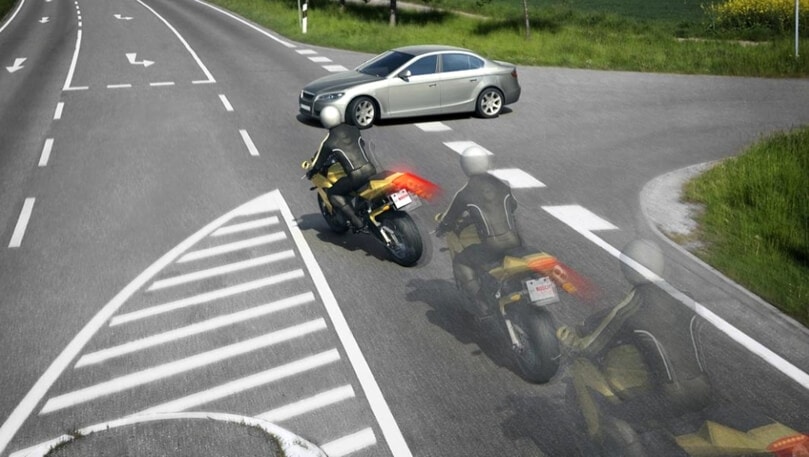