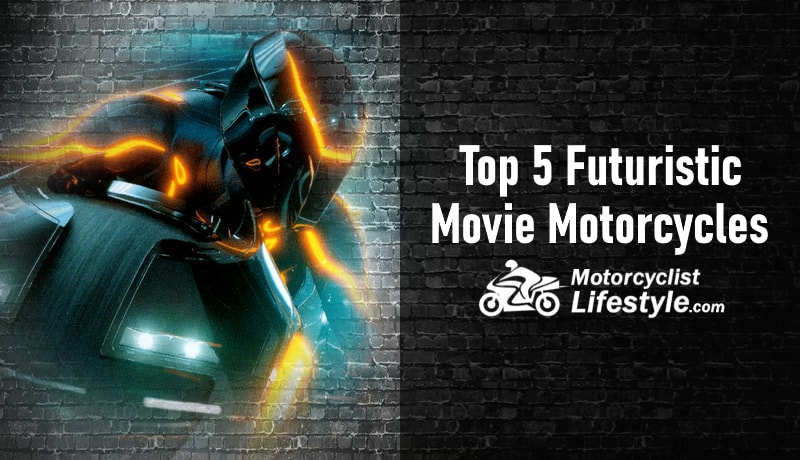 Movies often offer a glimpse into the future and quite a few have given motorbike enthusiasts an insight into what two-wheeled vehicles might be like years from now. So with one eye on the future, here are 5 of the top futuristic motorbikes to appear on the big screen.

The “MotoTerminator” in Terminator: Salvation

Terminator Salvation may not be a memorable movie (aside from Christian Bales’ on-set outburst) but one thing it did get right was the Moto-Terminator. The bike was based and built around the Ducati Hypermotard 1100. The designer described the vehicle as a “bulldog of a bike” (see below video). Although the bike is an autonomous killing machine, the prop bike had to be designed so that Bale could ride it during a chase sequence. As self-driving vehicles might actually be on the horizon, the Moto-Terminator could be a look into the near future.

The Lightcycle in TRON: Legacy 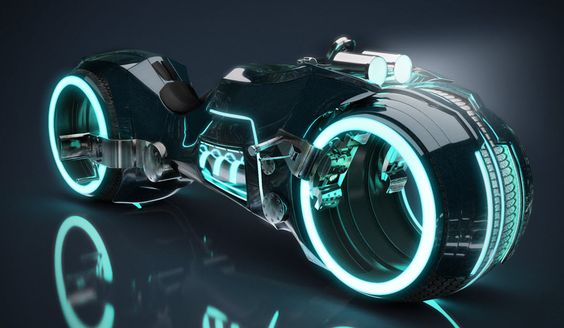 Arguably, the most iconic futuristic bike is the Lightcycle, which is featured in Tron and the sequel Tron Legacy. The streamlined machine is the stuff of motorcycle dreams for its design and performance. The good news for bike fans is that it is possible to ride such a bike. The Neutron is a full-sized, street-legal Lightcycle replica, created by Parker Brothers Choppers. The replica bike has the same light strips on the body and wheels as its film counterpart.

The Bat Pod in The Dark Knight 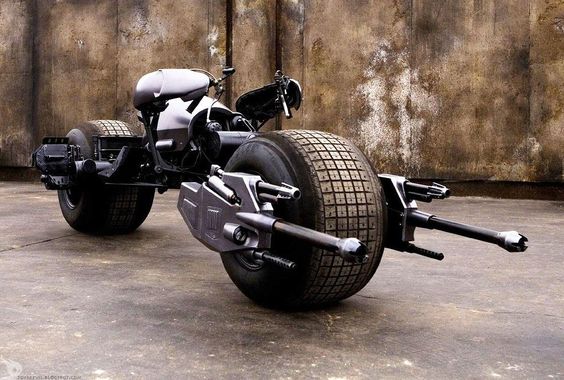 The Bat Pod, in Christopher Nolan’s Dark Knight Trilogy, has become as famous as the Batmobile. Introduced in the second film, the Batpod was an instant hit with motorbike and film fans alike. While the Bat Pod is now one of cinema’s most famous motorbikes, it doesn’t actually operate the same as a regular bike due to its design. Mental Floss announced that Jean-Pierre Goy, a specialist stunt driver, had to train for months to operate the vehicle. Batman himself Christian Bale said, “Jean- Pierre was the only one who could master it. Everybody else just fell off instantly.”

The Vampire Hunting Machine in Priest 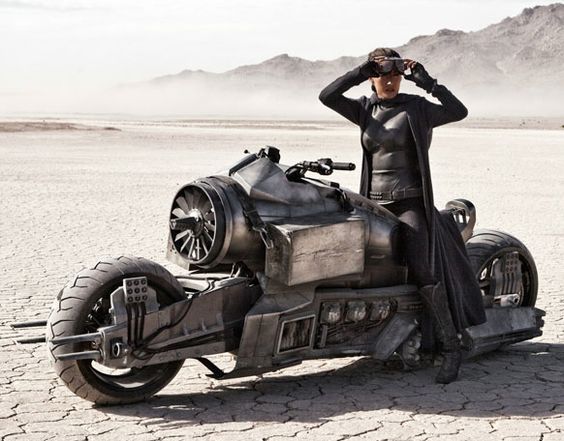 The name says all you need to know about this motorbike – Vampire Hunting Machine. What can get more futuristic than that? Based on the eponymously titled Korean comic by Hyung Min-woo, Priest follows the adventures of a priest who hunts vampires. The sleek-looking bike is a custom Suzuki Gladius 650, which was extended to a length of 7feet. 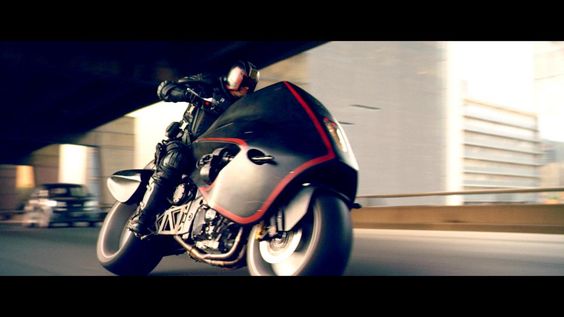 Judge Dredd is one of the most iconic characters to come from the British comic book industry. He has appeared in two films, the 1995 film Judge Dredd with Sylvester Stallone and Dredd (2012) with Karl Urban. In both those films, the heavily armed Lawmaster is Dredd’s motorbike of choice. The 2012 film used a modified Suzuki GSX 75OS bike as the base of the futuristic bike.

While these futuristic motorbikes deserve much attention and acclaim, there is still something about older motorbikes that also make them absolute scene-stealers. Take, for instance, the British built Triumph Scrambler that Chris Pratt used in the 2015 film Jurassic World. Unsurprisingly, interest in this understated classic, released in 2006 by Triumph Motorcycles, soared after it appeared in the film.

Jurassic World also helped reignite interest in the Jurassic Park franchise. The original Steven Spielberg classic Jurassic Park continues to remain the series high point and one of the most influential films of the 90s. Even today, it is continually referenced across mediums. The Slingo online slot game Jurassic Park takes elements of the film and converts them to a modern gaming platform, showing how much the film continues to be loved and followed by fans. Jurassic Park won three academy awards and set the stage for one of the most successful film franchises in film history, with a fifth film, Jurassic World: Fallen Kingdom, slated for release this June.

Films have always had a strong connection with motorbikes and these 5 futuristic bikes show that our fascination with two-wheeled vehicles will always be present on the big screen.